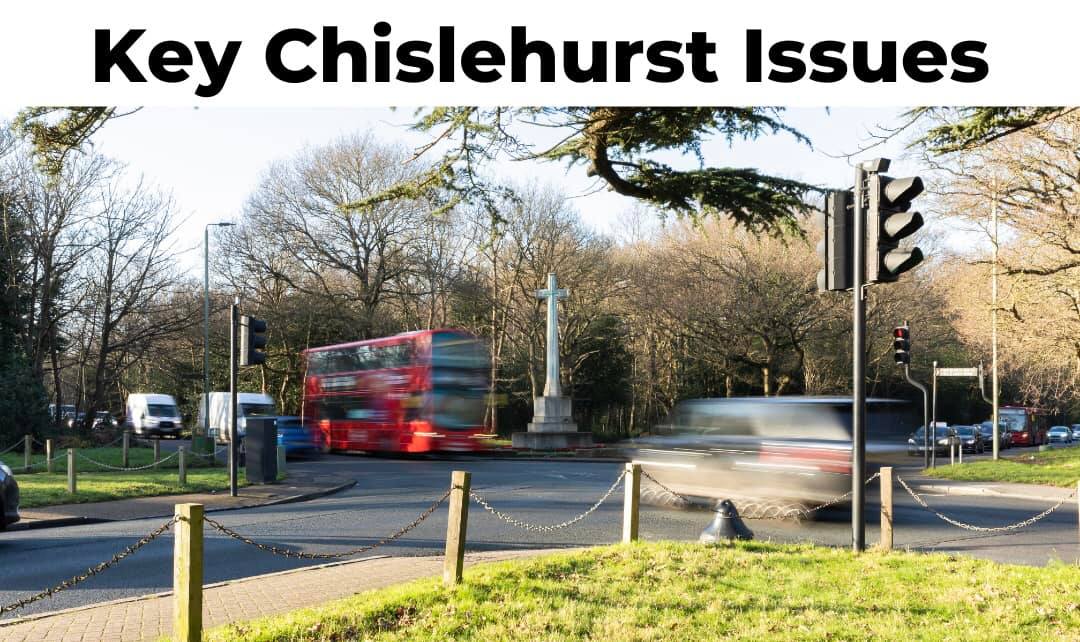 The lack of a safe crossing at the War Memorial junction is of very great concern to Chislehurst residents and to us too.

You may recall that a 4200 signature petition was taken to a full Bromley Council meeting on 28th February by Safe Crossing for Chislehurst.

The minutes of that meeting have finally just been published and relevant extracts are reproduced below. Do read them.

Do you think the matter is being given “top priority” by our representatives?

For our part we have been actively engaging with LBB officers and the London Assembly to lobby for a crossing as well as enforcement cameras to deter the traffic light jumpers that provide an additional danger to pedestrians and other vehicles. We are promised an update soon.

Time to give this high priority.

Time to vote for Chislehurst Matters on 5th May.

“LONDON BOROUGH OF BROMLEY MINUTES of the proceedings of the Meeting of the Council of the Borough held at 7.00 pm on 28 February 2022

Ms Sarah Gill-Schmitz presented the petition, which called for road safety measures to be implemented at the Chislehurst War Memorial Junction.

The following Members voted in support of the motion –

The following Members voted against the motion –

The motion was LOST.

“In light of the Council’s current investigations on crossings in the area, no additional action is proposed other than to provide an update to the Environment and community Services PDS Committee later this year.

The motion was CARRIED.

VOTE Chislehurst Matters on the 5th May 2022

You have three VOTES!

Your three Chislehurst Matters candidates are