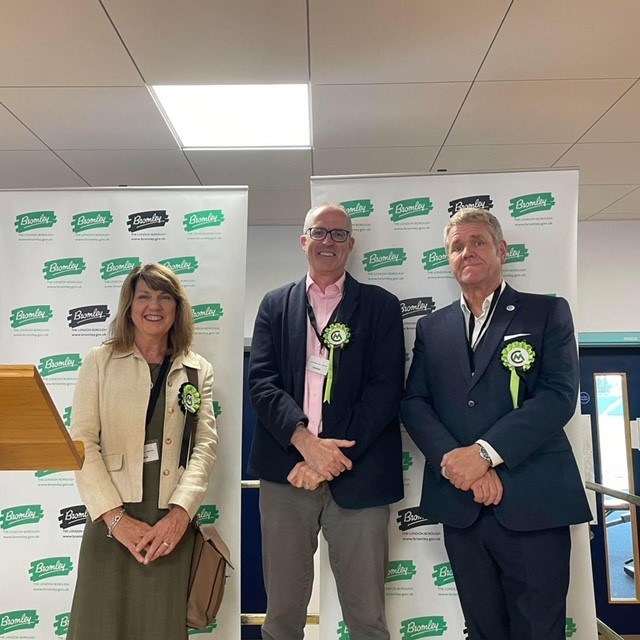 A beautiful sunny Sunday and a new era for the way we do things in Chislehurst has begun!

A huge thank you from the bottom of our hearts to everyone who made this change possible. It has been an unbelievable adventure and exceeded all our expectations. None of this would have happened without you.

We delivered over 20,000 flyers, raised nearly £4000, knocked on 1000s of doors, did open air surgeries, sandwich boards pounded the footpaths, spoke to communities, shared posts, commented, had meetings, and really drove the conversation with our friends and families, that Chislehurst deserves a voice!

It was a classic David and Goliath which was played out on Friday 5th May at the Kent County Cricket Grounds in Beckenham. If we could change anything we wish you all could have been there to see your hard work come to fruition, especially some of the conversations we had, which we can share with you at a later date.

Everyone in the Borough now knows that  “Chislehurst, indeed does Matter”

Thank you for believing in us, we all have changed the political landscape in Chislehurst. One person commented to me that it would take a tsunami to remove the Conservatives from Chislehurst” – that’s exactly what happened on Thursday.

Over the next few weeks we would like to invite you to a celebration event to say a very special thank you – for standing up against all the odds, challenging the norm and electing the three of us as you councillors. We are truly honoured.

For those of you who have boards in your gardens, Mark and I will be around during the week to remove them

Thank you all and you’re the first people we have signed off as Councillors!