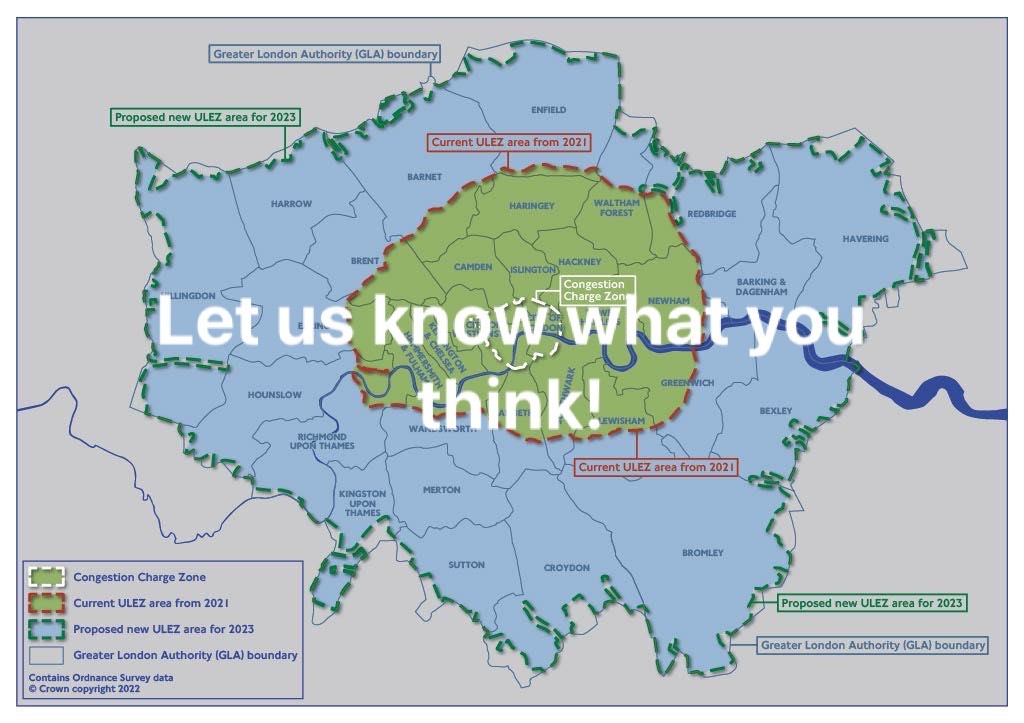 On Monday 18 July at 7pm, a meeting of the full Council (all 58 councillors) will take place in London Borough of Bromley. One of the items that will be discussed is a motion moved by the Portfolio Holders for Transport (Cllr Nicholas Bennett) and Environment (Cllr Aisha Cuthbert) which calls on the Mayor of London, Sadiq Khan, to abandon his plans to expand the Ultra-Low Emission Zone (ULEZ).

“This Council supports the objective of improving air quality and to this end has published a comprehensive Air Quality Action Plan 2020-2025 with a matrix of twenty-five actions. The Council is committed to ensuring that its operation is carbon net zero by 2027. In addition, a further 5,000 trees are being planted on the borough’s roads to add to the existing 36,000. We are also continuing our rollout of LED street lighting, installing new electric charge points, and investing in renewable energy. The Council, however, disagrees strongly with the proposal to extend the Ultra-Low Emission Zone (ULEZ) to outer London by August 2023. Bromley is, geographically, the largest London Borough, and contains many rural areas which have little public transport and where, unlike inner London, residents are dependent on their cars. The Council is particularly concerned about the impact on the self-employed, small businesses which rely on their vehicles to conduct their trade and on elderly residents and others on fixed incomes. Already facing substantial increases in fuel costs, the imposition of a daily charge to drive in the borough will be an additional financial burden and, for many, without the means purchase a compliant vehicle, it will mean they can no longer trade or afford to drive. The imposition of the ULEZ charge on motorists, including those entering Bromley from neighbouring counties will also be detrimental, especially for those like nurses, police officers, supermarket shelf fillers and others working anti-social hours when public transport is not available. The Council therefore calls on Sadiq Khan, the Mayor of London, to abandon his plans to extend the ULEZ.”

Please let us know what you think about the motion.